Tuesday could be your last chance to soak up the wisdom of a man who has had more impact on your life than you may realize.

Dr. Donald E. Warren, one of Palm Beach Atlantic University’s founders, will address the PBA community at the Founders’ Day chapel in the Greene Complex tomorrow at 11 a.m.

At 83 years old, Warren said it would probably be his last time addressing the public, saying there is a time to walk away and for new people to step in. 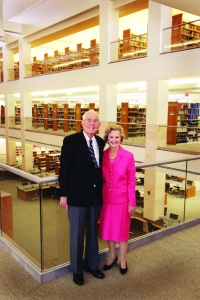 He will share his wisdom about God’s calling in the past and future for students who believe they are being called and those that don’t think they are called.

END_OF_DOCUMENT_TOKEN_TO_BE_REPLACED

Your health may be one of the last things you worry about until you get sick. You’ve got more important things to worry about … right?

Actually, preventing sickness and optimizing how your body works will help you do better in almost every aspect of your hectic life, including school, work, volunteering and sports.

And if you are living well, you are saving money. You are preventing expensive doctor’s visits, antibiotics, missed classes and missed work. 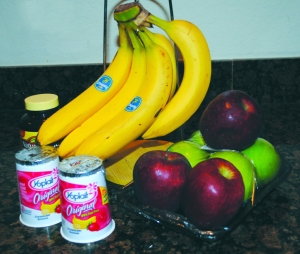 Wellness is about feeling your best, preventing illness and prolonging life.

Dr. Jason Deitch, co-author of the best-selling book “Discover Wellness,” says the 16 to 24-year-old age group is the hardest to reach. The college lifestyle poses challenges to your health, like lack of rest and a lot of caffeine.

END_OF_DOCUMENT_TOKEN_TO_BE_REPLACED

and other ways to communicate effectively during those sticky situations

If you’ve ever backed down unassertively from someone who mistreated you or lashed out uncontrollably against someone who meant you no harm, you know: Talk isn’t cheap.

The price you pay for not saying what you mean or saying something you didn’t mean can be dear indeed: guilt, anger, loss of self-esteem. And that doesn’t include the hurt feelings and other emotional “claims” of the guy who falls casualty to your unruly tongue.

Experts see the results of inappropriately expressed emotions every day.

Some people are afraid to speak up for their needs at all. You can tell something is gnawing at them. They frequently complain of headaches, depression, boredom or anxiety.

END_OF_DOCUMENT_TOKEN_TO_BE_REPLACED

Are laws against trans-fats unconstitutional?

Harvard University published a study in the early 1990s linking the heavy intake of trans-fats to cholesterol, heart conditions and even fatality. Researchers reported that margarine and hydrogenated vegetable oils could double the risk of heart attack.

Since then, several cities and states have taken measures to create a healthier society by banning or limiting trans-fats in restaurants. New York City was the first to do so in 2006 after a unanimous decision by the Board of Health.

Boston and the state of California have followed suit. Many restaurants have had to completely change the oils they cook with, the way they make their food and what ingredients they use.

Shouldn’t laws function to protect us from those who might try and take our freedom? America was founded on individual liberty: that each person can decide what is best for him or her, so long as it doesn’t infringe upon the rights of others. If Americans want to eat unhealthy food, let them eat unhealthy food. 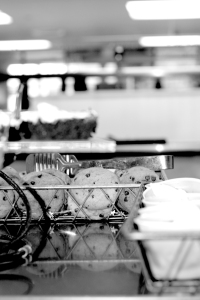 “We don’t think that a municipal health agency has any business banning a product the Food and Drug Administration has already approved,” said Dan Fleshler, a spokesman for the National Restaurant Association, regarding New York City’s Board of Health.

I understand the opposing argument. They want us to be healthy. But it’s a slippery slope; will they create a national diet to obliterate obesity next, or government mandated exercise classes because it’s “what’s best for us?” How many aspects of your life do you want controlled by your government?

Where I’m from, New Hampshire, our state motto taken from Patrick Henry is “Live free or die.” It stems from a deep-rooted American belief that life isn’t worth living, unless you can live it yourself.

At 20 years old, Biba Sakurai is an Olympic short-track speed-skater representing Japan. But Sakurai’s age isn’t the only connection she has with students of Palm Beach Atlantic University. She is also the sister of PBA student Toma Sakurai.

“I did not feel like she was in the Olympics until I watched her on TV,” Toma said. “When I saw her name and the game, it really hit me that she is an Olympian and the Olympics are only held every four years.”

Biba Sakurai has been skating since first grade. At 5 years old, she began figure skating but changed her focus to short-track skating after being scouted by a coach. She gave it a try and fell in love with the adrenaline-filled, fast-paced sport. END_OF_DOCUMENT_TOKEN_TO_BE_REPLACED

For the first time in 14 years, the Port of Palm Beach opens its doors to international cruises.

Students looking for a vacation on a budget won’t have to look far anymore since the Bahamas Celebration, owned by Celebration Cruise Lines, will call the Port of Palm Beach home beginning March 15. It previously sailed out of Port Everglades in Ft. Lauderdale, the largest cruise terminal in the world.

The much smaller Port of Palm Beach has offered only gambling day cruises since 1996.
END_OF_DOCUMENT_TOKEN_TO_BE_REPLACED

Think before you speed through the next red light: The traffic paparazzi are watching. 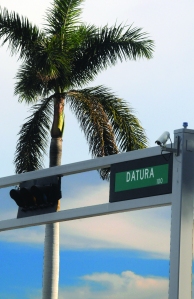 More than half of the U.S. states and many other countries use traffic cameras at intersections to photograph drivers disobeying traffic laws. Public officials insist that their purpose remains to decrease the amount of red light running and prevent accidents.

“The goal is public safety,” said Peter Robbins, West Palm Beach public information officer. “It turns out that in urban areas and in downtown the common cause [of accidents] is red light running.”

A red light violation could cost you $125. Since the introduction of red light cameras to West Palm Beach in November 2009, the city has granted violators a 90-day grace period. This will end on Feb. 21, though, when violators will start getting fines in the mail instead of warnings.